National Compass is pleased to feature another of guest contributor Robert E. Blackwell’s insightful essays from his Facebook column, “500 Words or Less.”

All of it was followed by a corporate movement that first deluded itself, then worked to gaslight the rest of society that what it witnessed, and in many cases experienced, was not what really happened.

The truth, they insisted, was a much milder explanation, one that replaced maliciousness with misunderstanding and created legions of apologists whose aim is to provide a counter-narrative that will stand the test of time.

The year was 1866, one year removed from the end of the American Civil War. Direct and indirect losses to the US and the Confederate States totaled $8.5 billion and an estimated 260,000 lives were lost.

The war ended chattel slavery of Africans and their descendants – a tradition that Southern states had fought to preserve from colonial days and whose debate influenced how the Declaration of Independence was written.

Southerners, forced to face the new reality of Black emancipation, could not face the legacy ahead of having fought and lost a war to enslave a different race of people.

This led Southern apologists to formulate a different narrative – one that articulated a more noble reason for its commission of war against the United States. Richmond, Virginia newspaper editor Edward A. Pollard wrote in “War of the Confederates” that its purpose was to “place the history of the war above political misrepresentation.”

Critical to this re-telling was the change in terminology: Pollard argued, among other things, that Negro servitude is not Slavery and that the war of 1861 was not a Southern rebellion. This helped to not only sway Northerners that Southern intentions were more benign than portrayed, but also comforted Southerners that their traditions were civilized after all.

The end of 2020 and the beginning of 2021 brought about the unprecedented: the loser of the US presidential election – the incumbent running for re-election – refused to concede defeat and asserted himself as the real winner of a stolen election.

This caused the incumbent’s supporters to resort to desperate measures to change the outcome and failing that, to storm the US Capitol during a joint session of Congress designed to certify the election results.

After an hours-long standoff, the violence abated, but the physical damage was significant and has left lasting emotional scars by the American public in general and those who witnessed or experienced the riot in particular.

Amidst the fallout of all this, members of the incumbent’s political party, like their ideological counterparts of the post-Civil War era, are building a counter-narrative to the events of January 6.

Despite the enormous visual evidence, the incumbent’s supporters, elected officials and citizens alike, insist that what happened at the Capitol was a peaceful protest and not a violent insurrection in an effort to reduce the harsh glare of the spotlight placed on their actions.

The actions of the post-Civil War and post-2020 election eras prove once again how those willing to lie to others must first lie to themselves.

A Profile In GOP “Fiscal Responsibility”

Even #NeverTrump Republicans are forced to invent substitute marketing bullet points for their party as they suggest how the GOP might reset and reframe from Trumpism.

For instance, you might have someone like ‘Republican Political Strategist’ Alice Stewart or former Utah Congresswoman Mia Love, telling CNN’s Jake Tapper that the Republicans need to pivot away from the cult of Trump and re-emphasize their legacy platitudes – the likes of those about “smaller government, less spending and fiscal responsibility.”

The problem is that the reality on the ground doesn’t afford them any credibility with such proposed strategy. The past eight years, including 4 years of Donald Trump’s catastrophe of a term in office, during most of which time the Republicans controlled Congress, the evidence demonstrates that fiscal restraint and discipline were far from their priorities. Quite the contrary, as revealed by the growth of the national debt.

But today, since the Matt Gaetz debacle is a gift that keeps giving, we will walk you through just a single remarkable illustration courtesy of the reporting of the Daily Beast.

And of course, if you have been following that, you also know that word is emerging from sources within the Justice Department that Greenberg has agreed to cooperate with federal investigators on matters relating to Congressman Gaetz. To put it simply, Gaetz, in all likelihood, is going to emerge as Greenberg’s wingman, particularly with regard to the sex trafficking issues. 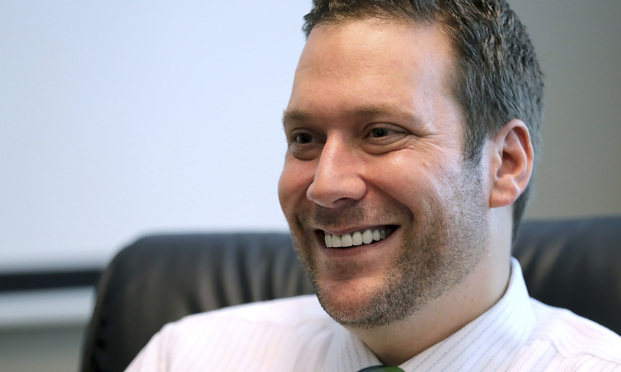 Gaetz Associate Agrees to Cooperate in Federal Investigation | Daily Business Review
Joel Greenberg’s cooperation as a close associate of Matt Gaetz signals a significant escalation in the Justice Department’s investigation and potentially raises the legal and political jeopardy the Florida congressman is facing.

The Beast reports that among the 15 or so young women Gaetz exchanged money for sexual services, one of them – Megan Zalonka, was being funded by Florida taxpayers for doing nothing. That is to say, that sources within the investigation and documents reviewed by Beast reporters, demonstrate that she was situated by Greenberg in a “no-show” job and that her renumeration for not performing any actual work, was an estimated $7,000 to $17,500.

Ms. Zalonka, is listed in the Alexa Models directory as an amateur fashion model and simultaneously, she is identified as “communications director” for the American Medical Marijuana Physicians Association.

Here are some of the entries from the memo fields summarizing the purpose of the payments:

Here is where Greenberg’s associate, Ms. Zalonka, intersects with Representative Gaetz, as the Daily Beast outlines it:

On Oct. 26, 2019, Gaetz attended the “Trump Defender Gala” fundraiser as the featured speaker at the Westgate Lake Resort in Orlando. Two witnesses present recalled friends reconvening at Gaetz’s hotel room for an after-party, where Zalonka prepared lines of cocaine on the bathroom counter. One of those witnesses distinctly remembers Zalonka pulling the drugs out of her makeup bag, rolling a bill of cash, and joining Gaetz in snorting the cocaine.

The Daily Beast further detailed that their sources disclosed that Gaetz and Zalonka “had an ongoing financial relationship in exchange for sex.”  It’s no great leap to conclude the Zalonka and Greenberg also had carnal knowledge at the taxpayer’s expense under the heading of “stuff.”

“Stuff” isn’t what it used to be, when for example, your parents inquired why you were late coming home from school and what you were doing for an hour and a half, and you replied, “I don’t know, just stuff.”

The Beast’s source on the Gaetz / Zalonka hook ups, remarked, “She was just one of the many pieces of arm candy he had.”  “Pieces of arm candy”, in this context, is a lighthearted euphemism for pieces of something else that someone like Howard Stern would describe in considerably more frank terminology.

The congressman—who has declared that he “never paid for sex”—wrote off the stay at the hotel as a campaign expense, with his donors covering the expenses. One can’t help but speculate whether one of the sponsors, “Dream Away Mattress” might have provided a test mattress for Gaetz and Ms. Zalonka. But I digress.

So, I pose the question here, that I pose to myself whenever I author a public affairs commentary … “What’s the point?” Glad you asked.

You might think the point might have to do with the vast divergence between the rhetorical trope of “traditional values” that Republican elected officials trot out at campaign events and public speeches and their personal conduct.

No – that’s not the point.  It is a point, but it is a point that has been so indisputably established that it is of no particular relevance at this stage. That ship has long since left port. Once GOP voters found Trump’s boasts of grabbing “them by the pussy” or, “I moved on her like a bitch” to not be in the least troublesome – any claims of moral superiority over Democrats were evaporated into the ether.

Admittedly, it is alternately amusing and disgusting that in the case of Gaetz – Trump supporters funding his campaign coffers are actually paying for Gaetz’ sex worker tab. But that is not entirely the case either. Far from it, in fact.

Campaign donations are tax deductible, so when Republicans participate in events like the “Trump Defender Gala”, part of it is being subsidized by taxpayers that are not partaking in the pay to play corruption and influence peddling.

The point instead, is that the record is replete with examples of how Republicans complain about social spending, while simultaneously financing prostitution and partying, even under the category of “office and campaign expenditures.”

Gaetz and Greenberg are not the first example of this to be shown – Duncan Hunter Jr., stands out as another recent case – but they certainly won’t be the last. The “swamp” that Trumpublicans like to reference, is located right smack in their back yard and you are funding it.