Think COVID-19 Vaccines Will Be A Magic Bullet For The Pandemic? Not So Fast

A new poll from Axios / Ipsos, appears to indicate that 51 percent of the American populous would be willing to receive one of the vaccines that are slated to obtain approval for COVID-19 from the Food and Drug Administration. Ipsos notes that “College-educated and white Americans and Democrats are driving the trend.”

I tend to think that 51 percent is skewed a bit to the upside. The real number of people that would submit to an inoculation, could be somewhat lower – more around the mid forties. Consider the recent Gallup poll.  In Gallup’s poll, 69% of Democrats and 49% of Republicans said they would get vaccinated against the coronavirus if there was an FDA-approved vaccine available right now at no cost.

If we follow the reasonable assumption that virtually all of the nearly 74 million people who voted for Trump earlier this month are Republicans, the Gallup results translate to a minimum of 37 million adults that are going to take a pass on the vaccines.

Add 24 million Democrats and similar percentages of people who didn’t vote in the election and you could have close to between 40 and 45 percent of the population resisting vaccinations.

There also exists the possibility, which was suggested to me the other day, that Donald Trump, now that he is in severe mental meltdown mode due to his new identity as a loser, might pivot and message to his still sizable MAGA brigade that the vaccinations are some sort of a deep state plot to turn everyone into obedient Democrats or some other such dreadful effect.

Perhaps long deceased Venezuelan dictator Hugo Chavez and George Soros could be invoked in a new QAnon conspiracy theory about these vaccines. Certainly they were implicated by the tin hat crowd in the theft of the election from Donald Trump, who is still in deep denial about the election.

If Trump did so – and it is not at all outside the realm of possibility with someone who is now as unhinged as he is, the number of people willing to line up to get the shot, would plummet precipitously.

But let’s just assume that doesn’t happen and 51 percent is reasonably accurate. Most experts in the disciplines of epidemiology and virology, including the World Health Organization, are in agreement that you would need a participation rate of 65 – 70% in order to achieve any meaningful degree of what they call “population immunity.”

“The idea of herd community is to protect the vulnerable,” says Eleanor Riley, a professor of immunology and infectious disease at the University of Edinburgh.

“And the idea behind it is that if, say, 98% of a population have all been vaccinated, there will be so little virus in the community that the 2% will be protected. That’s the point of it.”

Therefore, it is going to be an uphill climb to bring the “Anti-Vax” element of the political right, which constitutes a large segment of the Trump zombie nation – to jump into the vaccination pool. Many never will. One data analysis of the social media presence of Anti-Vaxxers on Facebook, showed 34 million follow accounts that propagate the message.

If this turns out to be the case and there is nothing to the contrary visible at this point to suggest otherwise, what actually will happen is that you will have a modest degree of general immunity, but considerably less vaccination induced “herd immunity.”

And in turn, that means there will be clusters of outbreaks all over America for probably another year beyond late Spring of 2021, when the mass vaccinations may commence. 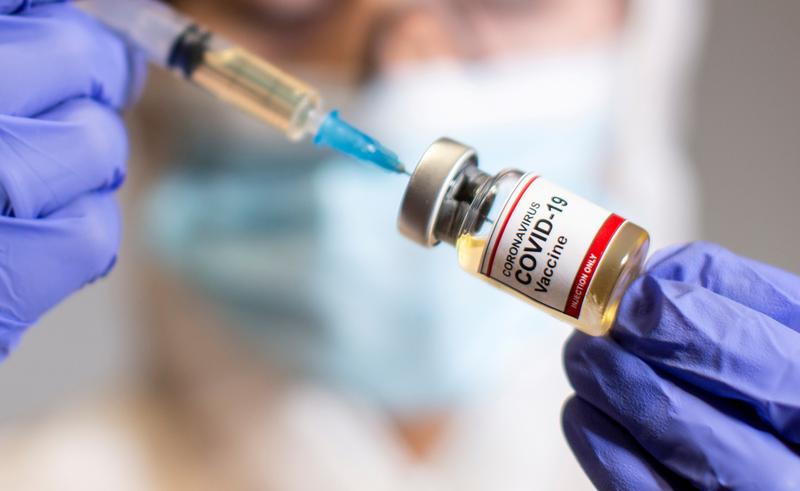 Analysis: Can first COVID-19 vaccines bring herd immunity? Experts have doubts
Governments and officials are voicing hopes that COVID-19 vaccines could bring “herd immunity”, with some calculating that immunising just two-thirds of a population could halt the pandemic disease and help protect whole communities or nations.

Bodo Plachter, a professor and deputy director of the Institute of Virology at Germany’s Mainz University teaching hospital, said that respiratory infections in particular can be hard to block completely with vaccines – although the shots will go some way to reducing the amount of circulating virus.

“It may well be that vaccinated people will shed fewer viruses,” he said. “But it would be a mistake to assume vaccination alone can suppress a pandemic.”

That is a very consequential statement and it is a hard reality that is lost on most Americans, particularly given the misleading thrust of most of the reporting from the media on the advent and impact of the vaccines that have emerged from clinical trials.

Related to this, there is another detail that may dampen the sense of urgency on the part of the public to submit to being vaccinated. It is that experts do not know and cannot say with certainty that once you have been vaccinated, you will no longer be capable of spreading the virus to others.

“These COVID vaccines are preventing clinical disease, we don’t know if they prevent transmission,” he explained.

According to Dr. Diemert – in the same way we don’t know if the vaccines stop the virus from coming into your body, we also don’t know about it leaving a vaccinated body.

“It doesn’t necessarily mean it wouldn’t stop someone from transmitting it to someone else.  So, we have to make sure that also occurs with the vaccine before we stop wearing masks.”

“We don’t know if a vaccinated person can still pass coronavirus onto another person. Our experts point out this is a reminder we still have to wear masks and avoid crowds even after a vaccine comes out”, Diemert added.

“These vaccines are not going to be the silver bullet to end the pandemic and we’re gonna be able to go back to pre-pandemic lifestyle in January, February. It’s not going to be like that.”

Now – some might consider what I am outlining here as perversely contrarian. After all, the stock markets are banking on the coronavirus to not be a ‘thing’ in the second quarter next year and that the economy is just going to come firing back in miraculous fashion.

That’s far from certain. As is often said, there are too many known unknowns and unknown unknowns to make such concrete predictions.  I would just say that my inclinations have nothing to do with optimism or pessimism. They operate in the realm of realism.

If you base how you plan your life choices and finances on anything else, you could be unpleasantly surprised when all of the magic thinking doesn’t materialize. Why? Because despite all the media excitement and people in the financial world thinking the magic bullet has arrived on the scene in the form of the Pfizer and Moderna vaccines – there are some flies in the ointment.

Here’s one. The scientific community and pharma, have no ethical choice or legal option but to forthrightly disclose the adverse effects that accompany these vaccines. Although they report that the vaccines are safe and have no known long term health risks, they do advise that there can and will be unpleasant and in some instances – severe side effects.

John Yang describes to his colleague at PBS, Judy Woodruff, his experience participating in the Moderna vaccine trial:

When I went in for my second shot on a Tuesday about a month later, I told a doctor that I was trying hard not to draw any conclusions from the side effects about whether I got the real thing or the placebo. She laughed. “I don’t know why not,” she said. “I certainly am.”

She also warned me that reactions to the second shot tended to be greater than to the first one. She suggested I try to get ahead of it with an analgesic when I got home.

Even though I did — and I don’t discount the power of suggestion — it didn’t take long for every muscle and joint in my body to ache and my temperature to hit 99.9. I was in bed and asleep by about 7 p.m. and didn’t wake up until about 6 a.m. the next day.

There will be a not insignificant number of people who, when discovering this downside factor, will, for reasons other than ideology, opt to pass on the prospect of receiving not one, but two inoculations that will be required.

It’s important to bear in mind that there are two societal correlations to the Ipsos poll findings of 51% acceptance of the vaccine. One is the result of the national election earlier this month, which cemented the fact that this country is split ideologically and the pandemic is viewed through a political lens.

Another component is that as much as 40 percent of Trump voters, to one extent or another, don’t accept that COVID-19 is really anything other than a seasonal variation of the flu.

These folks also are convinced that health directives from state and local governments are a deep state plot to facilitate the theft of “our culture” and impose a “socialist, authoritarian” rule by “the left”, i.e., Democrats.

As such, you’ve seen that, in the majority, these are the people who travel on Thanksgiving in spite of CDC health advisories to the contrary, who strongly resist or refuse outright, to wear protective face coverings, who believe the numbers (now 263,000 dead) are “fake statistics” – and who think social distancing and other aspects of community mitigation are a joke or a sinister collectivist plot.

And sadly, there has been some bleed over of this mentality that, like a contagious virus, has infected the thinking of some outside of the Trumpublican bubble.

Some, responding to reporters asking why they are throwing caution to the wind, lining up in airport terminals, heading in every possible direction during a pandemic that is once again exploding – tell said reporters that, “I realize the risk I am facing, but I just need to see my family for Thanksgiving.”

The trouble with that, is that it is a false equivalence. You are not merely exposing yourself to contracting COVID-19 – you are also exposing strangers to it and perhaps more significantly in terms of personal interest, your own family members that could pay the ultimate price for this foolhardy and irresponsible choice.

Maybe Joe Biden will successfully sprinkle some pixie dust in these people’s eyes and lure them back into the world of the sane and rational. Maybe I will finally achieve winning the title of Miss Netherlands. Like I said, I wouldn’t bet on it.

So, all the rest of us should stay the course and continue to do everything necessary to keep ourselves and our family safe until we see what effect the vaccine and reasoned persuasion will have on the recalcitrant and delusional in our midst.

Things We’re Watching   by Richard Cameron   Vladimir Putin Pivots To War Crimes And Genocide After Military Failures The first phase of Russian President Vladimir Putin’s planned, unplanned invasion of Russia’s neighbor, Ukraine, was, in theory at least, to be a swift moving assault on Ukrainian military defenses. That has demonstrably, in the […]

by Richard Cameron   Vladimir Putin May Use Chernobyl Radiation To Blackmail Ukraine   It’s clear that part of Vladimir Putin’s overall strategy in his invasion of the sovereign nation of Ukraine, within the last 36 hours, is to find some vulnerability that would enable him to blackmail the Ukrainian government into capitulating and permit […]