Trump Will Attempt A Phony Feint Toward Unity – Wait For It

A certain realization about the election is setting in among the various parts and pieces of Trumpism, mainly his campaign and Donald Trump, himself.

That realization centers around the shape of opinion about Trump and his presidency in the eyes of Americans in general and registered / likely voters in particular. While polling is not supremely indicative of a potential outcome, no one in the business of politics ever ignores or privately dismisses them.

No matter the stock answers and dismissals you might here about national and battleground state polls now clearly indicating that Trump is falling behind Joe Biden, you can be certain that it is all Trump’s campaign, his media surrogates, Republican strategists and Trump himself, are talking about.

One is the contingent in his administration whose wish list has a single item on it – that Trump would settle into something that resembles a traditional presidency, with the president demonstrating consistency, stability and emotional balance.

The second item they would add to the list if they believed there was any prospect of even partially fulfilling the first item, would be that he embrace the notion of reaching out beyond his core political base. Nearly all such counselors are gone now. They either left on their own accord, or were purged by Trump.

The next, and vastly more influential implement in Trump’s political tool chest, are the individual and collective voices that dismiss all the hand wringing about Trump’s perceived toxicity – the people that endlessly chant the mantra, “Let Trump be Trump.”

For them, the secret of maintaining power is encouraging Trump to persist in dispensing political Viagra to maintain the angst engorged erection his followers require, without which, their enthusiasm flags.

Third, and actually of the most profound influence, are Trump’s mouth, his “gut” and the other part of his anatomy that is connected to it and rhymes with it.  We probably should include the twitter digit as well, since it yields the product of Trump’s internal deliberations. The end product has shown itself to be consistently chaotic as much of an oxymoron as that might seem.

How Trump’s miscalculation is playing out in election polling

The results of the end product are the numbers Trump and his campaign are seeing. When the polling is extrapolated into a projected electoral vote tally, it looks nothing like the morning of November 9, 2016.

If the election were held today, it is both possible and likely, that Joe Biden would accumulate 368 EC votes to Trump’s 170 – and here, we are allotting Trump all the EC votes from states where the election results are considered a toss up.

Depending how the current polling is interpreted, Biden either wins in a landslide or at minimum, a strongly convincing majority, including the popular vote count, which would be greater than Hillary Clinton’s.  If Joe Biden takes a 7 point gap or even maintains just 5 points against Trump going into election Tuesday, Trump will be assured of a one term presidency.

In response to this, the Trump campaign would like to take their product, (Trump) and package and market it two different ways to two different consumers.

One marketing approach would be to people who consider themselves “independents”, but in reality are just ‘leaners’ – swing voters.  It’s the same segment – educated whites, women in suburbia and people for whom both legacy parties are viewed as less than ideal.

The other approach is to the MAGA hats – simply more of the same ugly racial dog whistling and patriotism packaged as fetishized  nationalism that Trump has kept on full boil since June of 5 years past, if not arguably previous to that, such as in 2011 when he inserted himself prominently into the Obama “Birther” conspiracy theory.

The basic problem of this approach is that there is no evidence that such a strategy is possible. Such competing narratives in a campaign cannot operate in isolation. The modern infrastructure of media coverage of elections doesn’t permit it.

No sooner than a glaring contradiction is identified, it is highlighted, underlined and written in the sky. You can’t haul your intended audience for a persuasional missive into a private room unless it is an audience of one.

Despite that, Trump’s gut is telling him that it is possible. He arrives at this conclusion based on his calculation that up until recently, the daily gaslighting of the American people has not backfired on him to any notable extent.

Trump reasons that he has disseminated Russian disinformation, betrayed America’s allies, inflamed racial tensions, obstructed justice, disrupted manufacturing and agriculture with a still unresolved trade war, politically weaponized the desperately needed response to a pandemic, openly ponders the benefit of injecting disinfectants and now, has thrown in his lot with a nationally abusive policing regime – all without repercussions.

Realistically, there is close to zero chance that Trump himself, is going to embrace a recommendation that he pivot towards messaging that is inclusive. He toys with it from time to time, but remains firmly committed to the “us versus them” motif.  It’s the girl that danced with him.

Donald Trump And The National Police State's War On Journalists
by Richard Cameron   Donald Trump And The National Police State’s War On Journalists There was a time when if we thought of a national hostility toward journalists from a police state, we thought of places like Russia, Latin and Central America and various governments in the Middle East and Asia. We thought also, […]

The campaign, according to various media sources, had a war room meeting on Thursday of last week to attempt to re-draft a blueprint for the election narrative moving forward. Discussed were ideas on how to focus attention away from Trump’s belligerent tweeting and bizarre conduct.

One theme being strongly considered by the assembled group that included Brad Parscale, Corey Lewandowski (via Zoom), Jared Kushner and David Bossie, was characterized by a senior advisor to Trump, as a “need to shift to be much more cohesive in terms of a message of healing, rebuilding, restoring, recovering … a theme that goes with COVID and the economy and the race stuff.”

The “race stuff”. Allow that to sink in for a moment.

In that direction, there were suggestions that the campaign mobilize a pandering effort to Blacks, highlighting criminal justice reform, opportunity zones and support of “historically Black Colleges and Universities.”

Simultaneously, the campaign signaled an intention to rub voters’ noses in Biden’s support of mandatory minimum sentencing laws 26 years ago, part of the Violent Crime Control and Law Enforcement Act of 1994.

It may be one of Biden’s greatest points of vulnerability with a segment of the Democratic vote, but it is a double edged sword, because invoking it introduces the risk of Trump being hit with the counter argument that he has played the race card his entire life.

If Parscale and Co. want go back 26 years to dredge up a crime bill that both Biden and Clinton have expressed deep regret about and have disowned, Democrats will most certainly go back 31 years and skewer Trump for his involvement with the travesty of justice known as the “Central Park Five” incident. 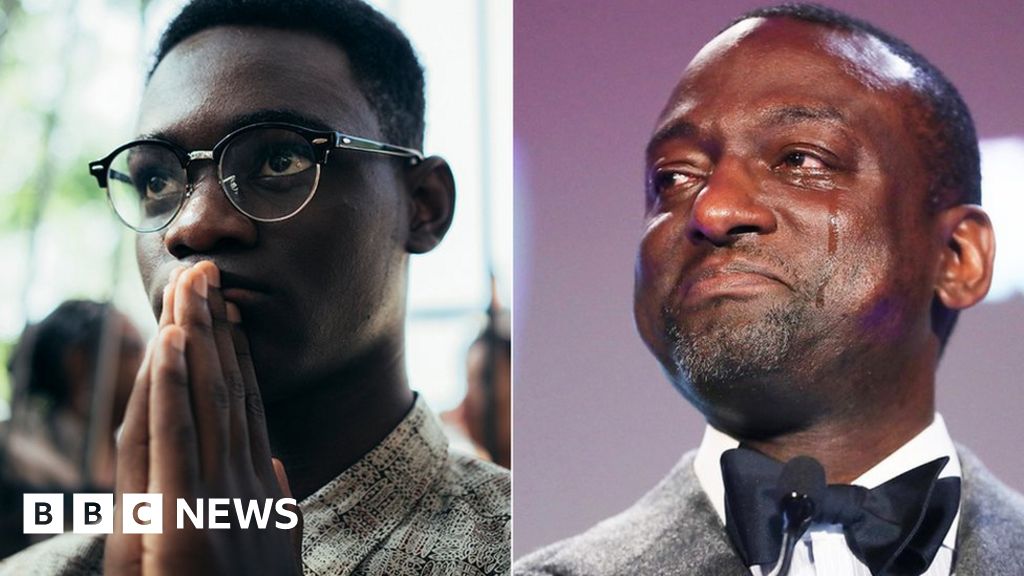 In that debacle, Trump spent the princely sum of $85,000 to place ads in newspapers, designed to inflame residents of New York and pressure prosecutors to convict 5 black youths, even after DNA evidence showed no link between them and the jogger who was the victim of physical assault and rape.

Trump, to this day, has refused to in any way apologize for his role in the false convictions, or the more than a dozen years the men spent behind bars for a crime they had nothing to do with. In fact, he continues to insist they were the guilty party, even after a convict not associated with the men, came forward and admitted being the sole perpetrator.

This will be far from the only retort from the Biden campaign. There will be an inexhaustible supply of material, ranging from Trump’s angry denunciation of Black NFL athletes, to his having recently used a man (George Floyd) who died after eight plus minutes of a racist cop’s knee on his neck, as a prop in a victory lap about a temporary lull in new unemployment filings.

Axios quoted some in the meeting as having heard the participants expressing concern about the optics of Trump’s handling of domestic issues:

All this might, in theory, be wise counsel, but here is the conundrum. If Trump had any impulse control to begin with, the advice wouldn’t be necessary.

But because he doesn’t and he has neither the inclination or the facility to adopt such message discipline, pretty much everyone in that meeting, knows these recommendations are pie in the sky. Donald Trump will look sexy in a Speedo before any of that happens.

However, the most remarkable (and delusional thing) to be entertained at that confab – and which points back to an unalterable reality of modern campaign dynamics, was the implication in the comment, “The messaging that works for the red-MAGA-hat base doesn’t resonate with independents.”

Of course it doesn’t, there’s no disputing that. But there is also no slick illusionist trick to be brought to bear on the dilemma. Trump is in undeniably bad shape with independents, for a host of reasons that the rationalizations, posturing and hashing out of models of deployment at these sessions, cannot paper over.

Mercedes Schlapp, a recent White House Director of Strategic Communications and at present, a Trump campaign aide and wife of Conservative Political Action Committee (CPAC) leader Matt Schlapp – broadcasted a tweet that applauded the actions of the man shown in this video, Daniel Pena, threatening protesters in McAllen, Texas with a chainsaw and who was subsequently arrested and charged with deadly disorderly conduct and assault.

Warning – the language captured in the phone cam video is deeply offensive:

Schlapp now claims she didn’t watch the video she retweeted – a denial which I leave to the reader to decide the credibility of.  In any event, this is a woman that is promoting the storyline of Joe Biden as having been indifferent to the lives of blacks at the same time she is distributing (knowingly or unknowingly), unfiltered and inflammatory hate content.

Whatever fantasies the group at the campaign confab might have entertained about Trump finding in himself the will to temper his instincts, were rudely shattered by Trump early this morning, when he tweeted a new conspiracy theory about the 75 year old White man who was brutally pushed to the ground by two members of the Buffalo Police Department’s crowd control unit.

There goes the “healing, rebuilding, restoring, recovering” right down the commode.

Mr. Gugino’s act was so convincing that watching the video, you can see that after his skull hit the pavement in Niagara Square, blood begins seeping out on the sidewalk. So convincing that emergency responders took him to Erie County Medical Center, where emergency physicians and nurses went along with his act and performed surgery to repair the damage and where Gugino remained in intensive care and was hospitalized for 5 days in critical but stable condition.

New York Governor Andrew Cuomo wasn’t buying Trump’s malicious and demented insinuations either, calling them “reprehensible” and “dumb” – written with “no proof whatsoever” and asking Trump, “Do you think it was staged? Do you think the blood coming out of his head was staged?”

What Trump thinks of the true facts of Martin Gugino’s near death experience with police brutality, is less significant than the reality that he believes his conduct in spreading yet more reckless messaging, is the most likely path to re-election.