Federalism And Leadership During The Coronavirus Crisis

It would be difficult to imagine America as anything but a federation, we invented the concept after all, and all democracies over 100 million in population are federal in their governing structure.

Donald Trump is both a product of, and an enemy of, functional federalism, and reminds us how important good leadership is to the concept, given the complex way it diffuses governance.

In the hands of a capable leader, federalism, a system whereby power is shared among local and national institutions, gives scope, as Nelson Rockefeller put it, to “many energies, many beliefs, many initiatives,” and enlists them for the welfare of the people.  The sheer human potential the American federation has been able to unleash has always for me been difficult to argue with.

One of my college professors went so far as to situate Colonial America alongside ancient Greece and Renaissance Italy as the most dynamic societies in history, where competing city states spewed forth energy and ideas without a centralizing wet blanket.

It is an imperfect system that took a few tries to get right, and when it broke down in 1861, well, it was quite a breakdown.  One could also argue that while American federalism may have unleashed the creativity of the many, it also held back the few by allowing some states to institutionalize racism and bigotry.

During crises, federalism has to date not only helped American survive, it has in many ways been the instrument of that survival, allowing at the same time for the generation of tremendous economic and technological energy at the local level, and the marshaling of that energy on behalf of the American republic.

But as with so many things, in previous crises the instruments of the federation were in very different hands.

It is ironic in some ways that Donald Trump owes his victory to a system that he now seems so utterly confused and frustrated by.  In any other electoral system he would not have won the 2016 election, which relied on a clever mastery of the federalist electoral math to overcome a pronounced deficit in the popular vote.

Undaunted, from there he undertook to govern by deliberately pitting Americans against each other, wooing some and punishing others, while deliberately undercutting the institutions that make our very complex form of government work.

And to him, the states were nothing more than another grouping of Americans to polarize.  It was all fun and games until someone got hurt.  But they have now gotten hurt, by the hundreds of thousands.

It is likely the country will survive the current crisis, bruised but not broken, through the grit and determination of its people, the redundancy in its system, and as with so many things, its sheer size and weight.  But the damage done to the federalist system in loss of trust will be immense.

We will have gone through a crisis in which coordination at the national level was essential to people’s survival, with a president who one day issues national guidelines for social distancing and the next day encourages citizens to defy their governors who were implementing those guidelines.

We will have watched a president and his princes talk about “our stuff” and “your stuff,” as though the federal storehouses were being saved for citizens not somehow associated with any states.  We will have watched the President deny involvement on a key task force related to the COVID-19 pandemic, to one of the most experienced members of the Senate, Senator Mitt Romney of Utah (a Republican state as Red as Red can be), because of what he admitted was a personal grudge.

We will have seen governors band together regionally to overcome confusion at the national level.  We will have seen states pitted against each other in vying for critical life saving supplies.

As we dig out, we will have a long to do list.  But let us add dusting off the principles of federalism to our list, and more than anything let us be sure that in November we elect someone who has the temperament, the disposition, and the skill to manage this vital but complex system of government we have been endowed with.

As we have now seen on raw display, it simply doesn’t manage itself, and was designed for cooperation, not deliberate discord.

Editor’s Note: Keith Mines contributed an excellent opinion piece to the Salt Lake Tribune. We thought you would enjoy reading it.  Here is the link: 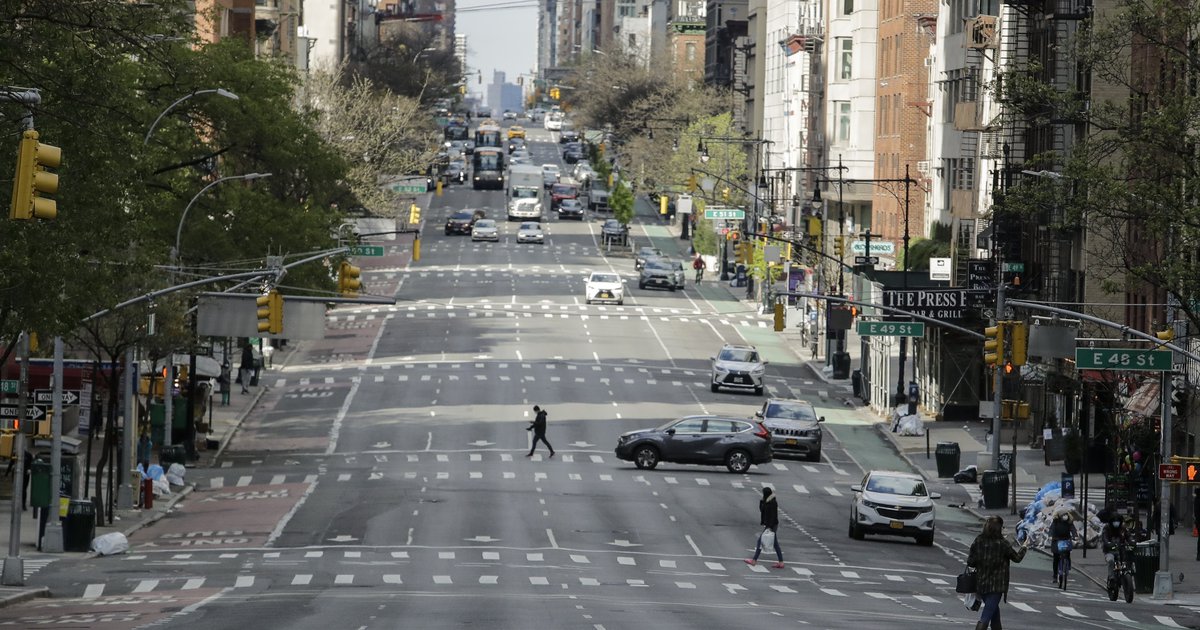 Keith Mines: Is it time for a dose of humility?
Humility is in shorter supply than surgical masks these days.

With more time on our hands, people are discussing what to watch. Our contributor, Tiffany Elliott has a suggestion in the form of her review of Disney’s animated feature, “Meet The Robinsons”.

A look at one of Walt Disney Animation’s most underrated gems. Now available on Disney +

It’s the film that arguably launched what is now known as the “second Animation Renaissance” at Disney. There wouldn’t have been Moana, Zootopia, Big Hero 6, Wreak-it-Ralph, or even The Princess and the Frog had it not been for this quirky, heartwarming film about a young inventor and an adventure in the not-so-distant future.

The story follows a familiar pattern familiar to most fans of Disney [and Don Bluth] films – an underappreciated young orphan struggles finding a place where they truly belong. Lewis is no exception.

I saw the movie in theaters during its initial release in March 2007. Only a decade older than Lewis at the time, and still figuring out my own place living with still self-diagnosed Asperger Syndrome, I was able to immediately connect with his struggles.

This is also the moment the story veers off in a new direction.

Early in the film, we learn that Lewis is left on the steps of the orphanage by his mom while still an infant, for reasons that are never fully explained. Twelve years, and 134 rejections later, Lewis concludes that his mom is the only one who ever loved him. An inventor, Lewis builds a memory scanner in order to tap into the only visual image he has of the mysterious woman.

When the machine is sabotaged by an antagonist known as The Bowler Hat Guy, Lewis meets Wilbur Robinson, a wise-cracking 13 year-old from the future, who takes Lewis to his world. It’s here that some of the craziest, and heartwarming moments in the film take place.

Wilbur (voiced by Wesley Singerman), is perhaps the most quotable character in the Disney canon. Ever the troublemaker, Wilbur offers some of the funniest lines ever written.

After he and Lewis crash the time machine invented by his father, Wilbur laments, “I am so dead. I’m not allowed to look at this thing, let alone drive it. Mom and Dad are going to kill me, and I can tell you this, it will not be done with mercy.”

And, when he’s trying to convince Lewis to stay hidden, “If my family found out I brought you from the past, they’ll bury me alive and dance on my grave. I’m not exaggerating. Well, yes I am, but not the point.”

What makes the film unique is the last twenty minutes. Lewis is offered a chance to find the love he is convinced he lost when he was left at the orphanage. A choice that no story has ever touched.

Meet the Robinsons offers not only a message of optimism but one of personal responsibility. Lewis becomes the only one who can save the quirky Robinson clan, the future, and, in turn, himself. A message that is just as timely today as it was thirteen years ago.

You will have to watch the film more than once, just to pick up on all its hidden gems, and believe me, it’s well worth it.  So, while you enjoy the zany comedy in Zootopia, or the heart warming creativity of Big Hero 6, take a few hours out of your day to enjoy the film that started it all.

This is a sample of the sort of vitriol displayed by the “Patriots” these anti-safety orders protesters believe them selves to be. The nurses defending the ingress and egress to the hospital they work at in downtown Denver, Colorado, are the authentic patriots in any such exchange:

The selfishness, hate, and greed of the right wing has never been more apparent than in the current string of protests to reopen our states during a pandemic that has already claimed the lives of over 42,500 people and caused tens of thousands of others complications which could last the rest of their lives.

They never consider beyond their “Jesus vaccines” that they may spread the virus to others. Nor, and I do believe for many this is the case – do they care.

It was recently reported that a Homeland Security brief from February discussed this very thing.

“White Racially Motivated Violent Extremists have recently commented on the coronavirus stating that it is an ‘OBLIGATION’ to spread it should any of them contract the virus.”

They claim Jesus will save them while practicing their anti-Christ apathy toward the neighbors He told them to love, honor, serve, and sacrifice for.

I wonder if Hell will have a hair salon open.