I’ve been dealing with some people on Facebook that are ordinarily fairly sensible, but no sooner than Donald Trump and the element within evangelicalism that composes a major part of his core voting base, started calling for people to resume piling into churches, (in spite of the state and local public health advisories and directives on avoiding exposure to Coronavirus) – their common sense has piled into the bus leaving town.

Daniel Burke, CNN’s Religion Editor, has been reporting on a pastor in Louisiana,  Tony Spell of Life Tabernacle in Baton Rouge, who now has on multiple occasions, refused to abide by a state and local order to suspend conducting services. “If they close every door in this city, then I will close my doors,” Spell told CNN. “But you can’t say the retailers are essential but the church is not. That is a persecution of the faith.”

Spell also commented to CNN that he is of the belief that the Coronavirus public health emergency is “politically motivated”.  Despite Spell’s conspiracy theory notions, Louisiana is now in competition with New York, for the fastest growth in the spread of the virus.

One individual, whom I will not name here, who is representative of a wider view, claims that avoiding or postponing attendance at  church services in order to protect oneself and others from a deadly viral infection, is a manifestation of “fear”.

My response to him, was along the following lines:

“… it is a logical fallacy to discuss the “mortality rate” in conjunction with a viral pandemic. The number of deaths is never static against the number of reported infections. The number of people who succumb to their having contracted COVID-19 is always going to be a number that is in flux.

I hate to have to explain this, but the duration of time between infection and death is variable. That is why you can’t discern you risk by taking out your calculator and dividing 86.000 by 1.200.

Beyond that, this seems to be an argument that is put in these terms. “Hey, listen, the mortality rate is only X. You’re more likely to win the Lottery. Relax.” Sorry, but if you want to run that nonsense in front of the family and loved ones of the 1,200 that have died – have at it. Not me.

And I’d also like to point out that there is no “magic dust” inside the walls of a building devoted to religious worship that will protect you from being infected.”

But then after I reviewed a continuously updated report which details the scientific method applied by researchers from the Oxford-Martin School at the University of Oxford, it even further reinforced my native understanding of the speciousness of viewing one’s risk exclusively through the lens of the “mortality rate”.

Writing in Our World And Data –  Max Roser, Hannah Ritchie and Esteban Ortiz-Ospina, explain the misconceptions:

The key point is that the “case fatality rate”, the most commonly discussed measure of the risk of dying, is not the true answer to the question, for two reasons. One, it relies on the number of confirmed cases, and many cases are not confirmed; and two, it relies on the total number of deaths, and with COVID-19, some people who are sick and will die soon have not yet died. These two facts mean that it is extremely difficult to make accurate estimates of the true risk of death.

The authors proceed to point out what the “Case Mortality Rate” actually consists of:

There is a great deal more to the nuance of accurately estimating your risk, but the authors of the report make the case that there are many too many variables that are in a constant state of alteration and revision, to arrive at a conclusion of how much peril you might accept being exposed to.

If you wish to delve into the analysis further, here is the study for your perusal: 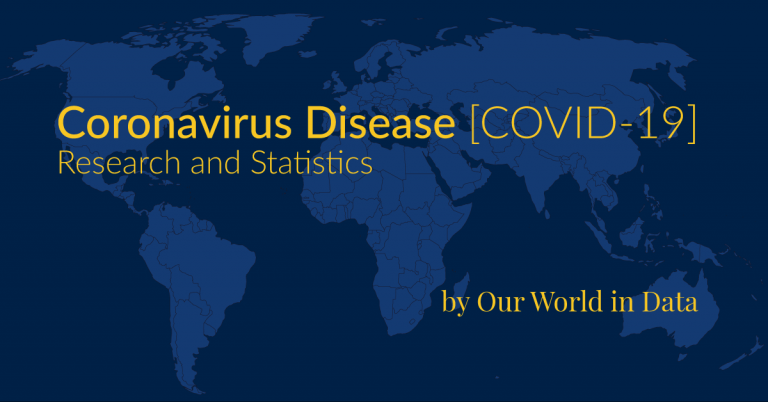 Coronavirus Disease (COVID-19) – Statistics and Research
This is our overview of the early research and data on the outbreak.
We update this page daily.

The other dimension to this controversy, the central one, as it concerns the people who advance such arguments, is theological.

We, as a news-analysis media platform, ordinarily stay on the margins of these sorts of food fights, but here we may submit a few considerations for perspective.

The Bible, the authoritative source that Christians resort to for answers to such questions, seems to land on the side of advising believers to avoid committing reckless and irresponsible behavior.

In the Gospel of Matthew (Chapter 4) the narrator tells of an episode where Jesus retreats to the wilderness to confirm His commitment, fasting and praying for over a month. During this, He encounters the Devil, who presents Him with temptations, even quoting the Old Testament.

As Jesus stands near the precipice of a cliff, Satan exhorts Him, “If you are the Son of God,” he said, “throw yourself down. For it is written”:

“‘He will command his angels concerning you,
and they will lift you up in their hands,
so that you will not strike your foot against a stone.”

The response from Christ, is to tell the Devil that, “It is also written: ‘Do not put the Lord your God to a foolish test.’”

To be equitable and objective here, it is not at all the case that all evangelicals, much less, all church goers are on board with rejecting prudence regarding the advisories and restrictions.

An editorial in Christianity Today, addressing the topic of suspending church attendance, co-written with Walter Kim, president of the National Association of Evangelicals, summed up their position as,

“We are being asked temporarily to convene remotely, not to deny our faith or to cease worshiping God.  It is one thing to risk your own life in order to worship together in person,” the editorial continued, “it is quite another to risk the lives of countless others, when so many churches are finding creative and compelling ways to carry on in worship and community from a distance.”

Perhaps risking exposure to a mortally dangerous disease is not something Jesus Himself would advise you to do. But even if you disregard that biblical advisory, there is a matter of ethics and responsibility. You can be a carrier of COVID-19, even if you display no symptoms. As such, you can infect, on the average – 2 other people, if you defy state orders and advisories for social distancing and assemblies of groups of 10 or more.

Think about whether or not you would want to learn that you infected someone and that person suffered terribly, and perhaps even died as a consequence.

If morality is not a sufficient deterrent, personal ethics should be.

As to the matter of “fear”, fear plays a valuable role, if it is channeled into concern and caution and not panic. Our brains are wired to include a fear response and that response is valid and critical in a proper context, such as when you run from a deadly threat.

We also have regions of the brain that assess risk and apply reason in the decision making process. This is your Cerebrum.

The Cerebrum helps you to manage fear and balance it with thoughtful, informed behavior. Choosing a practical alternative to assembling in a large group of people in a house of worship, is not succumbing to fear, it is wisdom and personal discipline.

Michigan E.R. Doctor Rob Davidson explains how Trump, not only has fumbled the ball on this national health crisis, but is also making matters worse with his erratic, reckless and negligent handling of it:

There is little doubt that Donald Trump is the most splenetic president ever. In fact, he should be dubbed “Testy Trump”.

Sometimes the Don shows a little too much thin-skin through vocal lashings of reporters who ask perfectly legitimate questions, other times the petulant man-boy gets his attorneys involved.

Recently the Trump Campaign threw a legal tizzy in the form of cease and desist letters threatening the revocation of broadcasting license over a political ad from Priorities USA Action Fund. Here’s the video in question:

A few years ago Trump threatened to have the FCC pull NBC’s broadcasting license over something they aired.  The only thing Trump learned from that foray is that NBC does not actually have a broadcasting license. So, this time his campaign issued the letters directly to the stations, which are licensed.

It’s no secret Donald Trump is afraid of the truth, now he’s threatening TV stations so the American people can’t hear his own words. Watch @Morning_Joe fact check our latest ad which holds Trump accountable for his failure to confront this crisis. pic.twitter.com/ko0DCyjzFo

First, the president doesn’t have the power to pull anyone’s license. Even if he did, the legal threats letters come from Trump’s campaign and they don’t have any power at all. Second, political ads enjoy the same constitutional protection as any of the thousands of lies Trump has told.

As with most things Trump-related, the hypocrisy on this bone is thick and meaty. The Nation’s fabricator in chief sniveling about a misleading ad is a meal all on its own.

If you don’t appreciate the sweet dessert-like irony of the Trump campaign quoting fact-checkers in their threats, you’ve probably never experienced the outrage or the confident proclamation of liberal bias when a right-winger is presented with the findings of these same fact-checkers.

Despite the fact that this ad uses Trump’s own words, the campaign is promising to “pursue all legal remedies available to it in law and in equity” to stop the ad. This means lawsuits, like the ones the campaign has already filed against the NY Times, CNN and The Washington Post for opinion pieces.

Clearly the goal of these threats is to hector the press into ignoring Trump’s utter dishonesty. I will leave the wrangling over the merits of these cases to the legal experts. Suffice it to say that legal precedence is not on Trump’s side.

That being what it is, Trump and his Republican co-conspirators have spent three years stacking the court system with obsequious trump junkies so who knows.