As the impeached president, Donald Trump, has unsteadily purged his administration of anyone that had the barest instincts to attempt to restrain him and save himself from himself or save us from his foolishness – the cupboard has been restocked with blind loyalists.  That’s the way, uh-huh, he likes it.

Case in point, Trump’s appointed Surgeon General, Jerome Adams, who made the spectacularly and observably false claim that Trump is in even better physical condition than he himself is.

The video clip below also deals with questions about COVID-19, that Adams dances around, but the absurd comment about Trump’s health, begins at the 5:23 mark. Once such a patently deceptive and reality deficient assertion is made, nothing else the Surgeon General says is credible.

Then there is White House Press Secretary, Stephanie Grisham, who sadly, has proved in no way to have been an upgrade from the former liar extraordinaire, Sarah Huckabee Sanders. Grisham, appearing on – where else? Fox and Friends, was asked by bimbo co-host Ainsley Earhardt:

“He actually just addressed this. Yes, he plans on still holding rallies. And I’ll tell you what, with our President — this man who doesn’t sleep and who I have seen work 15-16 hours a day every day — I have no problem thinking that he’s going to be just fine and just healthy.”

Here we go again, with the “Trump works his (capable) fingers to the bone” fairy tale. We know what Trump’s “executive time” consists of and how many grueling hours he puts in riding around in the presidential buggy at  his resorts, which we taxpayers foot the bill for.

This is so symptomatic of the sort of things Trump followers listen to and absorb unquestioningly. Anyone with so much as a microscopic sliver of objectivity and discernment, if told by any of Trump’s minions, or he himself, that, for example “the sun is extremely bright today”, would, even if it was 12 O’Clock noon, get up, step outside and verify it themselves.

That is how out of control this all has been and continues to be. Here’s the video:

There are some other interesting sub texts to how Grisham and other administration officials are trying to frame the coronavirus pandemic.

If you listen carefully, you will notice that the approach they are taking, goes beyond comparing this viral outbreak to the annual flu (which she does, beginning at 1:27) and focusing on how this is just an old people problem. The sentiment is obviously that if this wasn’t an issue with the vulnerabilities of the elderly, there really would be nothing much to discuss.

It’s crass and insidious. The malarkey (St. Patrick’s is upon us), that she spews about how wonderfully active and energetic Trump is, begins with Earhardt’s question at 1:51 in the video.

National Compass Radio is coming to BlogTalkRadio this Friday, March 13.

Sounds spooky, but it isn’t. That being said, you never are quite sure what could happen on Friday the 13th. The radio show is a new media companion to NationalCompass.net – our independent media news analysis platform.

Nikki Yannikos, an experienced veteran of BlogTalkRadio will be our internet radio manager and producer and your regular host for NCR. Her frequent co-host will be Richard Cameron, Editor-in-Chief of National Compass.

Our program on Friday, will be a getting to know the audience and introduce ourselves opportunity. We’ll discuss current topics and share our plans for the broadcast going forward.

We’re looking forward to speaking with you during the live broadcast, beginning at 4 PM EST. You can call in on our listener guest line at

Here’s a link to our program page 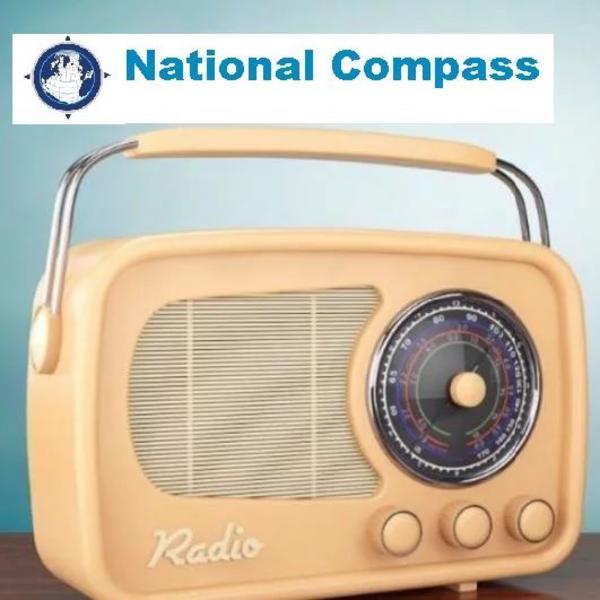 National Compass Radio Debut - Just the Facts
I'm pleased to announce that National Compass is expanding the reach of our independent media brand to Blog Talk Radio, beginning - Friday the Thirteenth at 4PM EST. Yeah, I'm not afraid. F the 13, do your worst.
The ship's Captain will be Nikki Yannikos, and the cruise is coronavirus free - everything scrubbed squeaky clean.

Jennifer Keller Puebla   GOP Reminding Democrats Of Unity Call: Too Little Too Late I am a survivor of domestic abuse. In fact I’ve had multiple abusers over my life. For the most part none of the abuse was physically violent though I have feared for my life more than once with, I believe, […]