told ABC News that Trump’s frequent tweets are not helping him maintain the facade that Barr is acting impartially and not serving as the president’s henchman in his role as Attorney General.

Well, he didn’t say that in so many words, but based on Barr’s track record in the job, it’s not difficult to read between the lines.

In an interview with ABC News correspondent, Pierre Thomas, Barr said that “I think it’s time to stop the tweeting about Department of Justice criminal cases.”

The obvious question was whether Barr was concerned about a likely negative reaction from Trump regarding his comments.  Barr responded, “I’m not going to be bullied or influenced by anybody … whether it’s Congress, a newspaper editorial board, or the president,” Barr said. “I’m gonna do what I think is right. And you know … I cannot do my job here at the department with a constant background commentary that undercuts me.”

So far, what Barr thinks is right, is to run interference for Trump’s corruption and act as a conduit for disinformation that provides Trump’s base talking points anchored on conspiracy theories.

Given the history of Barr’s politicization of his job, it’s difficult to take his statements to ABC at face value and not to speculate that perhaps the subject matter of the interview was discussed ahead of time, as a strategy intended to create an impression that some daylight exists between Barr and Trump and that the president’s political agenda and Barr’s management of DOJ operate in independent silos.

“The President wasn’t bothered by the comments at all and he has the right, just like any American citizen, to publicly offer his opinions. President Trump uses social media very effectively to fight for the American people against injustices in our country, including the fake news. The President has full faith and confidence in Attorney General Barr to do his job and uphold the law.”


The perception that Barr is an illegitimate cabinet member, whose sole calculus is to serve Trump’s interest and participate in the grand cover up that has come into clear focus – constitutes a public relations problem.

Whether Barr’s mild rebuke of Trump’s tweeting, is authentic, is a matter for debate. That there is almost zero possibility that Trump will refrain from coaching Barr with his tweeting fingers, is not.

Prior to publication, in an update to this story, Donald Trump, on Friday morning tweeted that:

“The President has never asked me to do anything in a criminal case.” A.G. Barr This doesn’t mean that I do not have, as President, the legal right to do so, I do, but I have so far chosen not to! 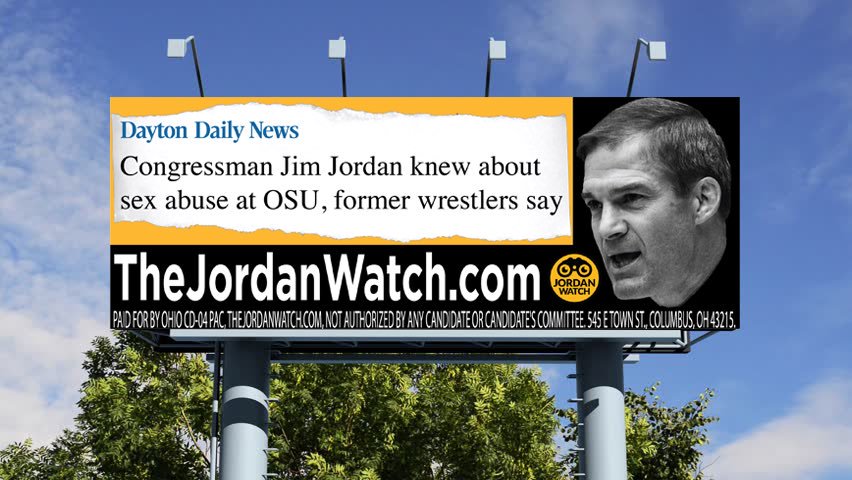 The brother of one of the victims of Strauss’ assaults on players, Adam DiSabato, testified today in a legislative hearing today, that Jordan personally phoned him and implored that he contradict his brother’s account of Jordan having actively participated in a cover up of the reported crimes.

Jordan, an assistant coach with the OSU wresting program at the time, has steadfastly protested that he had no knowledge of the actions of team doctor Richard Strauss and as such, had no basis to report anything to law enforcement or school officials.

DiSabato contradicts Jordan’s claims in the strongest possible terms. “Jim Jordan called me crying, crying. Groveling. On the 4th of July, begging me to go against my brother. Begging me. Crying for a half hour. That’s the kind of cover-ups that’s going on there.”

Of Jordan’s failure and that of other faculty  to deal with the situation, DiSabato told the committee, “They did nothing. They told me they went to their superiors (who) told them to be happy where we’re at and keep our mouth shut.”

Jordan’s communication director, Ian Fury, dismissed DiSabato’s testimony.  “Congressman Jordan never saw or heard of any abuse, and if he had he would have dealt with it.  Congressman Jordan would never ask anyone to do anything but tell the truth.” Anyone who saw his performance during the impeachment inquiry hearings, would find that assessment dubious, to say the least.

There will be no legal accountability for Jordan, who has gained a nickname from his reputation in this episode, “Gym Jordan”. But as to the political repercussions for Jordan, the full figured woman has not yet sung. 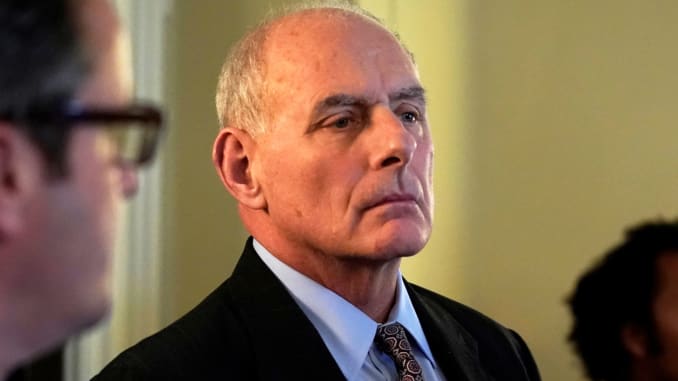 In what appears to be the most explosive development so far this week, former White House Chief of Staff John Kelly spoke candidly in a talk at Drew University’s Mayo Performing Arts Center, of his assessment of his former bosses’ conduct during and since Kelly left the post. Of the firings of Lt. Col. Alexander Vindman and his brother Yevgeny, Kelly told the audience:

“He did exactly what we teach them to do from cradle to grave.  He went and told his boss what he just heard. We teach them: Don’t follow an illegal order. And if you’re ever given one, you’ll raise it to whoever gives it to you that this is an illegal order, and then tell your boss.”

Kelly also confirmed that Trump’s shadow foreign policy, orchestrated by Rudy Giuliani and William Barr, was an illegitimate operation in contradiction to the intentions of Congress.  “Through the Obama administration up until that phone call, the policy of the U.S. was militarily to support Ukraine in their defensive fight against … the Russians,” Kelly said. “And so, when the president said that continued support would be based on X, that essentially changed. And that’s what that guy [Vindman] was most interested in.”

Kelly took issue with Trump’s demonization of undocumented immigrants from Mexico and Central America.  “In fact, they’re overwhelmingly good people … They’re not all rapists and they’re not all murderers. And it’s wrong to characterize them that way. I disagreed with the president a number of times.”

The former Marine General, made his disapproval of Trump’s confused and opportunistic handling of the North Korean threat, official, remarking that, “He (Kim Jong un) will never give his nuclear weapons up. Again, President Trump tried—that’s one way to put it. But it didn’t work. I’m an optimist most of the time, but I’m also a realist, and I never did think Kim would do anything other than play us for a while, and he did that fairly effectively.”

What was Kelly’s impression of Trump having intervened in the process of holding members of the armed forces such as convicted Navy Seal Eddie Gallagher, accountable for what the military courts concluded were war crimes?  “The idea that the commander in chief intervened there, in my opinion, was exactly the wrong thing to do,” Kelly said. “Had I been there, I think I could have prevented it.”

Regarding Trump’s concept and promotion to his voters of a border wall, “From Sea to Shining Sea”, Kelly acknowledged that the role of that sort of approach to border security was excessive and impractical.

Kelly rendered the impression with the audience that he accepted the role of Chief of Staff, with the objective of steering Trump away from the sorts of impulsive and self serving acts that Trump eventually committed despite Kelly’s efforts to dissuade him.

As to Trump’s constant attacks on the media as the “enemy of the people”, Kelly objects to that posture. “The media, in my view, and I feel very strongly about this, is not the enemy of the people. We need a free media.”

He went further, taking a swipe at Fox News, telling those in attendance that, “You have to be careful about what you are watching and reading because the media has taken sides. So if you only watch Fox News, because it’s reinforcing what you believe, you are not an informed citizen.”

Trump didn’t take Kelly’s appraisal of his performance in office lightly, tweeting, “When I terminated John Kelly, which I couldn’t do fast enough, he knew full well that he was way over his head. Being Chief of Staff just wasn’t for him.  He came in with a bang, went out with a whimper, but like so many X’s, he misses the action & just can’t keep his mouth shut, which he actually has a military and legal obligation to do.”

Former National Security Adviser John Bolton got the last word in, for now at least. “John Kelly is an honorable man. John and I have disagreed at times, as is commonplace at senior government levels, but he has always served his country faithfully,” Bolton tweeted. “Conservatives especially have a responsibility to reject baseless attacks upon him.”

What conservatives? Where? Good luck on that.

This requires no explanation on my part, but the news hardly came as a surprise.  McCabe did nothing to merit an investigation, much less any charges. 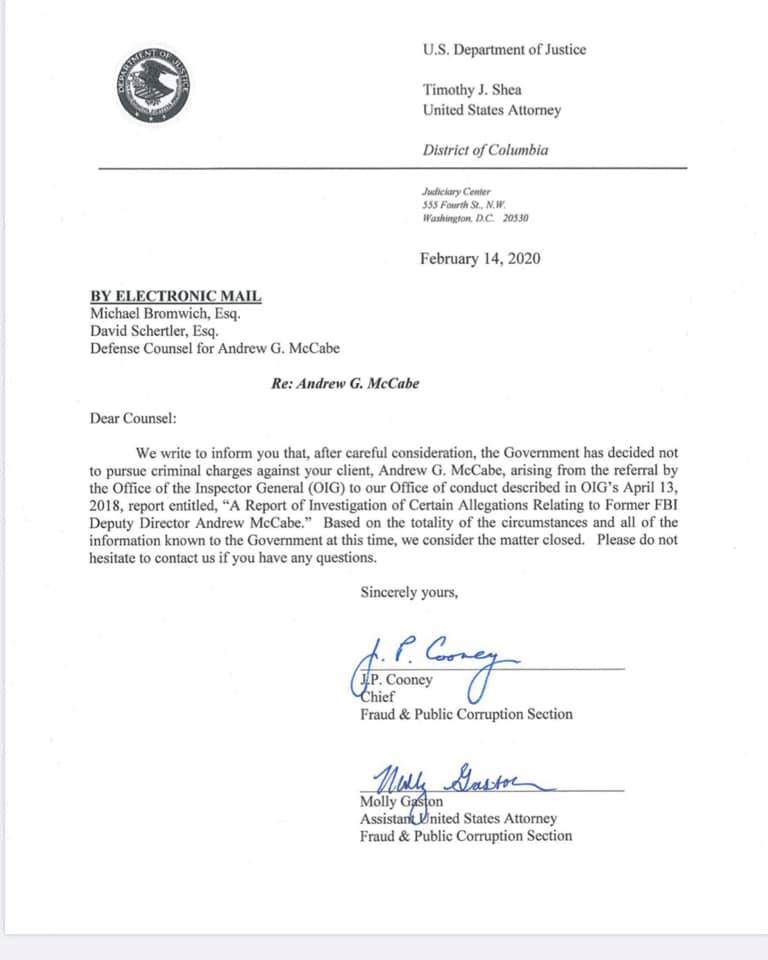