Trump visited Salt Lake City, to announce this move – something he promised the Republican party in the state during the election. Trump, trumpeting the order to a select crowd of state politicians, told them, “Your timeless bond with the outdoors should not be replaced with the whims of regulators thousands and thousands of miles away.”

It seems bizarre to some, that Trump is suggesting that politicians have a “timeless bond with the outdoors”.

Trump’s order, while hailed by GOP officials in Utah, is considered by conservation organizations to be a payback to donor groups tied to the energy industry, which stands to benefit from exploiting the lands subject to de-certification of their protected status. 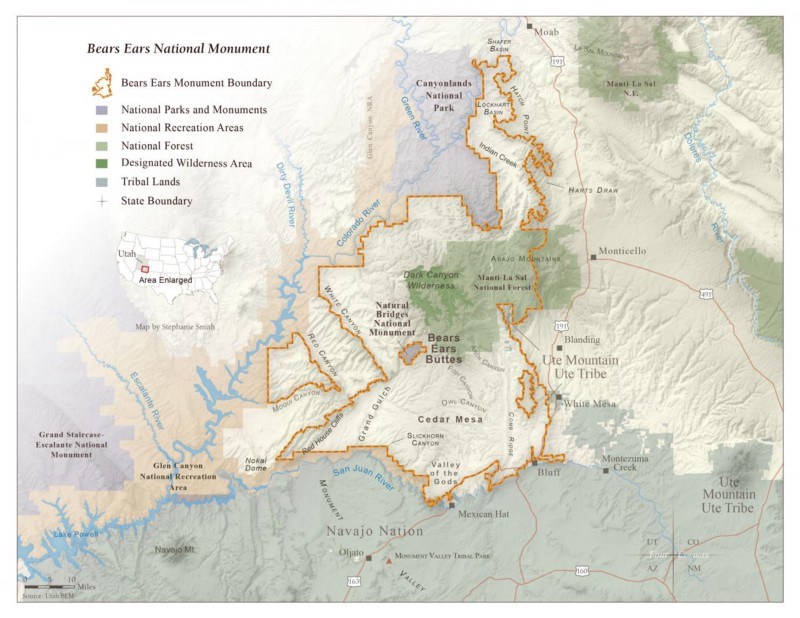 The order reduces the footprint of Bears Ears, by 85%, to 315 square miles. Grand Staircase-Escalante will be reduced by 50% from nearly 3,000 square miles to 1,569 square miles, conservationists contending that Trump’s move threatens habitats of endangered species the monuments are host to, as well as fragile natural eco-systems.

The timing and circumstances of the signing of the order holds a degree of irony, given the fact that Trump’s decree stands in opposition to a coalition of Native American tribes that includes the Navajo, who witnessed Trump’s racially insensitive comments invoking “Pocahontas” during a ceremony that was intended to honor the Navajo “Code Talkers” who protected secret military communications during World War II.

“It’s just another slap in the face for a lot of us, a lot of our Native American brothers and sisters,” Navajo Nation Vice President Jonathan Nez said. “To see that happen a week ago, with disparaging remarks, and now this.”

Conversely, Utah GOP Congressman Rob Bishop, chairman of the House Natural Resources Committee, said of the original protection orders that they were “created with noble intent and for limited purposes, but has been hijacked to set aside increasingly large and restricted areas of land without public input.”

Public input, however, does not seem to be lacking.  A recent poll commissioned by the Salt Lake Tribune and the University of Utah found voters and residents opposed shrinking Escalante by a two-to-one margin, with only 27 percent saying they believed the monument should be reduced.  And in another poll conducted by Colorado College, results indicated that 63 percent of respondents oppose opening public land including the monuments, to coal, natural gas and oil extraction.

That citizens of Utah are not on the same page as GOP elected officials about the prospect of energy development inside these areas, may have somewhat to do with their experiences.

Oil and gas exploration has contributed to Salt Lake City suffering from air pollution rated among the nation’s worst, even giving Beijing – the gold standard of toxic air, a run for its money on some days.

The pollution is reckoned by health experts as taking a toll on public health.

Although wood and coal burning fireplaces in homes and businesses are part of the mix, expanding coal production in Grand Staircase-Escalante will only reinforce more dependance in energy production of fossil fuels.

Moving into Grand Staircase-Escalante with coal production will also threaten the natural treasures of some of the nation’s largest caches of pre-historic fossils. A wide number of conservation and environmental defense groups, including Earthjustice filed suit against Trump’s order. The Native American Rights Fund is also filing against the order.

“We will be fighting back immediately. All five tribes will be standing together united to defend Bears Ears,” said Natalie Landreth, an attorney on behalf of the organization.

One of the false claims made by the Trump administration and its GOP cohorts, is that the current designation is restraining and restricting the use of the land for recreational uses. That could not be further from the case.  As matters stand currently, the land is managed by the U.S. Forest Service and is accessible for hiking, photographing wildlife, fishing, hunting, camping and even ATV use organized to protect the natural resources and habitats.

And this fact is significant, because when the president tries to imply that protecting these monument lands impedes employment opportunities, he is misleading his audience. Opening these lands to the public uses previously described, has had a very robust effect on employment in eco-tourism and the local economies that support them.  It has been noted by a Outdoor Industry Association Economic Report, from 2017  that  Outdoor recreation is among America’s largest industries, contributing 7.6 million jobs and $887 billion in annual consumer spending— far out pacing the jobs and spending generated by the oil and gas industry.

It’s far from certain that the Trump administration will be able to sustain the president’s order when it is reviewed in federal courts in the light of the Antiquities Act. “There is no legal authority for President Trump to rescind existing national monuments,” said Jayni Foley Hein, policy director of the Institute for Policy Integrity at New York University. 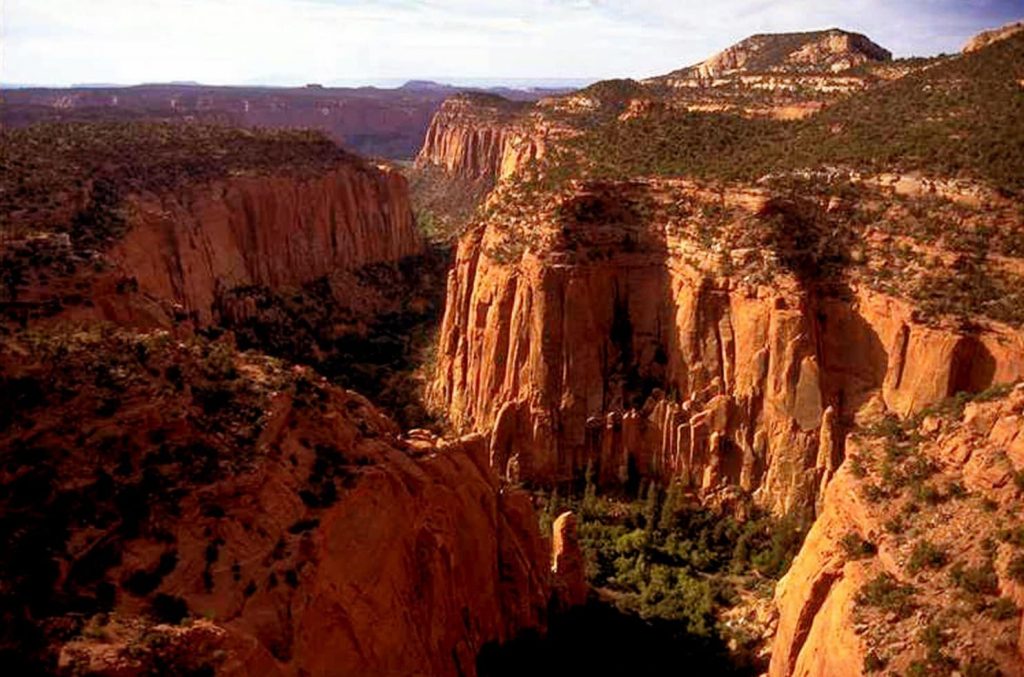 Because there are no active or current proposals for fossil fuel mining in either of the two monuments, it seems apparent that Trump’s order adds up really to nothing more than pandering to his political base, which are generally of the opinion that the federal government is doing a dog in the manger act at the expense of private industry.

Meanwhile, Patagonia is promoting a petition designed to tell lawmakers and the White House that leaving these national monument lands exposed to private exploitation is not desirable.

9-11 Reflections; Where We Were Twenty Years Ago Today   Editor’s Note: On this landmark, twenty years to the day since America was attacked by the forces of Islamic extremism, we invited readers to share with us their reflections, recollections and impressions of what they felt and experienced on the morning of September 11, […]